The health and safety of our staff, customers, and community is our top priority. Read an important message from Mullinax Ford of Mobile.
Closed Today's Hours: 9:00a - 6:00p
Sales Service Body Parts
Closed
(855)809-0101
Contact Sales 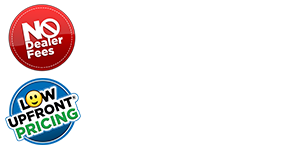 2010 Toyota Camry LE, 2.5L I4, AM FM CD MP3, Power Windows; Seat and Locks, Remote Keyless Entry. Mullinax Bronze vehicles give you the assurance of a 5 DAY/300-Mile RETURN POLICY, if you don't like it, BRING IT BACK! At Mullinax, there are NO DEALER FEES! That saves you over $1,000 vs. Our largest competitors every day! Just add tax! Mullinax has 4,000 vehicles to choose from!

Model Overview
Toyota's 2010 Camry is available in many different trim levels, ranging from basic to luxurious, with either an inline-4 or a V6. The new-for-2010 2.5L 4-cylinder smoothly generates 169 horsepower (179 in sport SE trim), and it is mated either to a new 6-speed manual or 6-speed automatic. The 3.5L V6 develops 268 horsepower and 248 ft-lb of torque and is paired with a 6-speed automatic transmission. Both engines feature Toyota's variable valve timing with intelligence (VVT-i) system, which helps optimize power and efficiency through the entire operating range.

The Camry Hybrid pairs an Atkinson-cycle 2.4L inline-4 gasoline engine making 147 horsepower with a 40-horsepower electric motor system--together producing a combined 187 horsepower, which places the Hybrid above the standard Camry 4-cylinder in terms of power. This muscle is delivered to the front wheels through a continuously variable transmission (CVT). The Hybrid also includes an "ECO" button that limits the power drawn by the climate control system and slightly increases fuel economy.

Besides the Hybrid, Camrys come in four different trim levels, including the economical CE, mid-range LE, lavishly equipped XLE and sporty SE. The CE is only available with the 4-cylinder, while the LE, XLE, and SE can be had with either engine. CE standard equipment includes air conditioning, cruise control, a 6-speaker AM/FM/CD sound system, and power windows, locks and mirrors. The LE adds more features like a power driver's seat and remote keyless entry. XLE trim includes a long list of upgrades such as dual-zone climate control, a 440-watt, 8-speaker JBL sound system with 6-disc changer and Bluetooth compatibility, a power moonroof, reclining rear seats, aluminum wheels and fog lamps.

The sportier SE model adds a blackout grille, 17-inch alloy wheels and a sport suspension with lower ride height to the LE's equipment.

All Camrys get a multi-function display that includes trip-computer functions such as average fuel consumption, and the Hybrid model adds information about the powertrain's performance.

Standalone options available on the CE include 16- or 18-inch alloy wheels and a rear spoiler. On the LE, 16-inch alloy wheels, a JBL stereo with Bluetooth, and moonroof can be added. The performance-minded SE's options list includes packages with an auto-dimming rearview mirror and a universal garage door opener, heated seats and mirrors, and a navigation system. At the top of the lineup, the XLE's options include the navigation system, heated seats and the Smart Key system. In short, there's a Camry out there for nearly any driver.

The option list for the Hybrid includes packages that add a leather-wrapped steering wheel and shift knob, a JBL audio system with a 6-disc CD changer, an auto-dimming rearview mirror with compass, and Bluetooth. Also available is a leather seating package, a moonroof, and a navigation system. The Convenience Package adds heated seats and mirrors.

Model Strengths
Value
Available Fuel Economy And Performance
Roomy Interior
Luxury-car Amenities
Smooth, Quiet Ride.
Model Changes
The Toyota Camry and Camry Hybrid enter the 2010 model year with a list of enhancements inside and out, which include exterior styling, performance, safety, audio and convenience features.
Of note is a new powertrain: A new 2.5-liter inline-4 equipped with variable valve timing with intelligence (VVT-i) will produce 169 hp for Camry LE and XLE models, replacing the 158-hp 2.4 of years past. For sporty performance, SE models get additional tuning and output is bumped to 179 horsepower, 21 more horsepower than the previous 4-cylinder engine. The new engine can be combined with a 6-speed manual transmission or a 6-speed automatic transmission with sequential shift, which replace the previous 5-speeds.

Outside, the front bumper and grille have been revised, with a larger lower intake and headlamps, while the rear taillights are restyled as well. The Camry Hybrid receives a unique grille and front bumper, with restyled fog lights and 16-inch alloy wheels.

Interior refinements include an optional upgraded stereo system and Fraichir seating in the Hybrid, which blends silk protein and synthetic fibers for a soft texture.

Use this shortened URL to share your current search results.

*Although every reasonable effort has been made to ensure the accuracy of the information contained on this site, absolute accuracy cannot be guaranteed. This site, and all information and materials appearing on it, are presented to the user "as is" without warranty of any kind, either express or implied. All vehicles are subject to prior sale. Price does not include applicable tax, title, license.